Rugged Computers – What to look for when purchasing a computer for Military, Marine, and Industrial Use

Computers have become essential to the marine, military, and industrial sectors. Due to the nature of these industries, regular desktop computers often cannot be used because they are not designed to withstand harsh and volatile environments. Instead, these industries require rugged computers to ensure durability and reliability in challenging and non-traditional settings.

So, what exactly makes a computer rugged? Although regular desktop and rugged computers may share some similar components, rugged computers use different materials and are designed to meet specific industry standards. Rugged computer enclosures, for example, are composed of materials that can survive severe temperatures and keep out things like dust, debris, and water; internal components are also engineered to resist shock and vibrations that can typically ruin a regular desktop computer.

Rugged computers have evolved significantly during the last ten years. Technological advancements have improved the performance and durability of these computers. Size is one of the most visible improvements; rugged computers are now smaller, more compact, and can accommodate more features into a single computer. Other advancements include user-friendly connectivity, advanced picture quality, faster processing power, and a change from analog to digital, allowing for higher speed and a more reliable device.

What to look for in a rugged computer?

As mentioned in the text above, rugged computers must include certain features and meet specifications to operate successfully in marine, military, and industrial environments. Those features include a wide temperature range, resistance against vibration and shock, resistance against moisture (humidity), protection against water, dust, and debris, and the proper certifications to meet each industry’s standards.

Rugged computers used in the military and marine industries are exposed to constant shock and vibrations from extreme conditions and harsh movements. Vibration-resistant computers should be able to withstand up to 5 Grms, 10-500 Hz, half hr/ axis in vibration, 50Gs, half sine, and 11ms in shock.

Rugged computers must be able to operate in a wide range of temperature changes. For example, non-temperature regulated factories, such as steel mills or ironworks, can quickly reach temperatures over 37 degrees Celsius, and in certain military or marine operations, temperatures can suddenly drop below -30 degrees Celsius. If the computer is not equipped to handle these extreme environments, operations can become compromised, and equipment failure is guaranteed.

Rugged computers, particularly those used in maritime or factory settings may have extended or

even continuous exposure to these conditions. Certain industries even demand wash downs on

a daily basis for sanitation reasons.

Rugged computers must meet particular criteria and classifications to be used in marine, industrial, and military applications.

Rugged computers can use many operating systems, Linux and Windows are among the most popular.

Other advantages include improved remote location connectivity, time-sensitive data performance, and reduced data transit by processing information on the edge rather than transferring it to the cloud.

The Seatronx marine computer range is developed and tested to perform reliably in all marine settings where power fluctuation, vibration, shock, and severe temperatures are common occurrences.

This advanced rugged computer with 7th Generation Intel® Core™ Mobile-U Processor features a full system with IP65 level dustproof & waterproof capabilities, the ability to operate in extreme temperatures of -40°C to 70°C, and relative humidity levels of 10% to 95% (non-condensing). Check out the data sheet for more information.

The MILPC-4000 is a robust, high-performance, multi-mission embedded edge computer built around a highly rugged form factor, allowing for an economy of capabilities while achieving improved SWaP-C optimization. This rugged computer also supports and enables real-time AI training and inference by integrating numerous near-future technologies. Check out the data sheet for more information.

This SWaP-optimized Rugged Embedded Edge Computer can be integrated into any vehicle or platform. With a modular and expandable design to satisfy strict customer standards, the MILPC-SWaP provides advanced computing capability and ruggedization that is required in mission-critical applications. Check out the data sheet for more information.

Seatronx industrial PCs with Intel® Core Processors are designed primarily for use in remote industrial activities with demanding environments that require reliability and durability.

The MPC-101 is a compact fanless rugged computer, built to withstand temperatures of -25°

C to 70°C, includes a Celeron J1900 processor, has 2x full-size mini PCle for expansion. Check out the data sheet for more information.

In-Vehicle rugged computer with 6th/7th Gen Intel® Core™ Processor, 2xU-IO, Intel® Q170 Chipset, this computer has power ignition management and can operate in temperatures of  -25 °C to 70 °C. Check out the data sheet for more information.

Digital video switching is on the rise and becoming increasingly popular in the recreation marine, commercial shipping, oil and gas, and military industries. In the 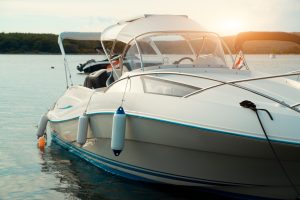 How to Prepare your Boat Electronics for Seasonal Changes

To ensure that marine vessels continue to operate at their best, they need to receive proper maintenance with each seasonal change. Each season presents challenges 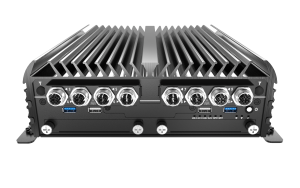 Rugged Computers – What to look for when purchasing a computer for Military, Marine, and Industrial Use

Computers have become essential to the marine, military, and industrial sectors. Due to the nature of these industries, regular desktop computers often cannot be used